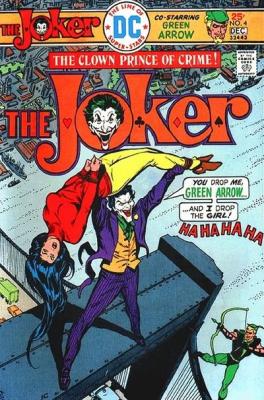 Dinah Lance meets a strange bus driver calling himself Harry Hack, who apparently has a crush on her. Unfortunately, she later learns that the man is a criminal who stole a bus from Gotham City and has been creating havoc in Star City. The criminal is none other than the Joker and he has apparently become infatuated with Dinah.

The Clown Prince of Crime creates fake news about a disturbance in the city and Oliver Queen changes into Green Arrow, leaving Dinah behind in her flower store. The Joker strikes, kidnapping Dinah and using his trademark Joker Venom on the only customer in the store who witnessed the event. By the time Green Arrow returns, he finds the Joker's victim and realizes Dinah has vanished..................

We have this item in stock at our house in Chitose Hokkaido and can ship it directly to you now.
♥ 3 LIKES
CONDITION: Nearly all of our items are used. Please be welcomed to email us for more details about the condition.
Views: 59

Who thought connecting all the computers was a good idea?