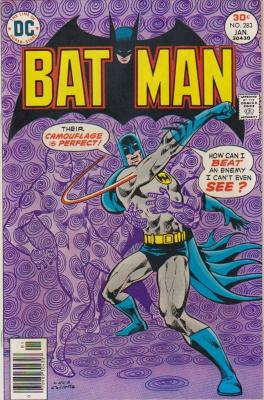 Batman's life is saved by the magnesium crash-helmet he is wearing under his cowl. He knocks out the terrorists and dumps them out with open parachutes over Angola. Then he returns to Gotham City, where he is greeted by Commissioner Gordon, the mayor, and a team of scientists. Omega has just delivered an ultimatum: provide a billion dollars in gold to a radio-controlled plane at midnight, or a 20-megaton bomb in the Miramar, anchored in Gotham Harbor, will go off.


We have this item in stock at our house in Chitose Hokkaido and can ship it directly to you now.
♥ 3 LIKES
CONDITION: Nearly all of our items are used. Please be welcomed to email us for more details about the condition.
DISCOUNT: Yes, feel welcomed to ask us for a discount when you buy more than one item.
Views: 25

“The nitrogen in our DNA, the calcium in our teeth, the iron in our blood, the carbon in our apple pies were made in the interiors of collapsing stars. We are made of starstuff.” - Carl Sagan