The Master of Ballantrae by Robert Louis Stevenson 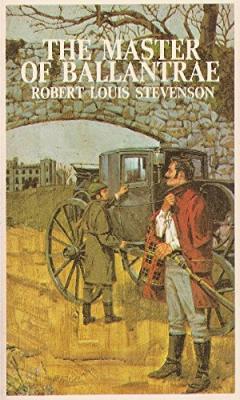 The Master of Ballantrae

Set in Scotland during the 1745 Jacobite Rebellion, in the exotic French Indies, and in the North American wilderness, the story has as its hero one of the most compelling yet horrifying studies of evil in nineteenth-century fiction—James Durie, Master of Ballantrae. The Master is about his infective influence—on his younger, less attractive brother Henry; on Henry's wife Alison; and on those narrators whom Stevenson so skilfully employs to present their experiences of this charming, ruthless, and evil man.

The novel provides another example of the moral ambiguity Stevenson had explored earlier in Dr. Jekyll and Mr. Hyde. Ballantrae is bold and unscrupulous; his younger brother Henry is plodding, good-natured, and honest. While Ballantrae joins the fight to restore the Stuarts to the English throne during the 1745 rebellion, his brother stays behind as a supporter of King George. Ballantrae is believed dead but returns to find Henry in charge of the estate, married to Ballantrae’s love. The elder brother begins to persecute the younger, in Scotland and then America.

NOTE: cover is slightly different, it has a white border and additional text.

We have this title in stock at our house in Chitose Hokkaido and can ship it directly to you now.
♥ 1 LIKES
CONDITION: Nearly all of our books are used. Please be welcomed to email us for more details about the condition.
BOOK COVER: The cover is taken from google book search unless otherwise noted.
DISCOUNT: Yes, feel welcomed to ask us for discounts.
Views: 19